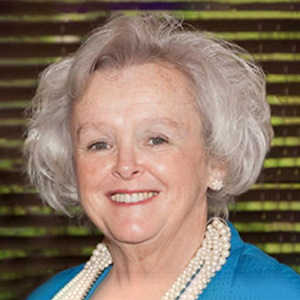 Patricia C. Tarasovic has spent three decades working in the nonprofit sector, serving on a range of committees, councils, and task forces, and has spent her professional career supporting the long term good of the Valley. Since retiring from Valley United Way in 2020 as the Vice President of Community Engagement, Patricia has continued to remain active in the community for which she has a very special appreciation.

In her various roles, Patricia created and advanced a number of initiatives such as the Corporate Volunteer Council, High School Volunteer Council, Harvest House, as well as the Back to School Clothes for Kids and Youth Leadership Programs. She helped develop the Food Security Task Force, served as Chair on the Valley Council for Health and Human Services, and received a Governor appointment to the CT National Service Committee where she serves as a Commissioner. She served as Co-Chair of the Breast Wellness Center Campaign and Co-Chaired the Valley Goes Pink for five years.

Recognized for her contributions, Patricia has received numerous awards. She is a Chamber of Commerce Gold Seal recipient, CT Statewide Education Association Volunteer of the Year, and a Dr. John Ireland Award recipient from Derby Historical Society. She has also been a Derby-Shelton Rotarian for the past 20 years, where she also served as President. Pat is a Griffin Hospital Corporator and has been recognized as a Woman Making a Difference.

Patricia, who is originally from Massachusetts, and her husband, Nicholas, have lived in Oxford for 40 years. Together they have three children and six grandchildren.